Funny how these little cars get under your skin isn't it? Having seen Mike's lovely low mileage car here before Christmas I thought I'd arrange to go and see it. Well, it was quite local, so just an excuse for a nice drive really.

Of course it drove beautifully, nice tight gear change, smooth clutch and brakes and other than a typical tap from the bonnet edge, no rattles. The ride on the 15" wheels that the original owner bought from his Audi dealership (at vast expense ?? ) wasn't unbearable like it is on a Sport running 17's, it trundled along like a good tdi should and the interior was in excellent condition. And with it came a thick wad of invoices and stamps that demonstrated it had been properly looked after (by Mike's late father) during its whole life, while the condition of rubber, plastics and headlights spoke of a life stored in a garage.

While it might seem expensive for a 20 year old VAG hatchback, good examples of A2s still drive just as well as modern stuff at 10x the price, and have an appeal that goes well beyond that of cheap transport.

I waited a bit before making an offer (just for form's sake really), but we were able to agree a price that took into account one or two niggles, and Mike dropped the car off to me this week. No plans for it really, I'll attend to the niggles over time and get the cambelt done for peace of mind, but really my intention is to keep it in the garage for best while I smoke around in the tdi 90.

Charlie
PS The Mighty Fusion garage mate is a bit similar; in this case my mother's old car with only 60k miles and a load of invoices, but wayyyyyyy less £££

Very nice car. I hope it will make you smile and you will enjoy it fully.
PS: besides my A2, I am on a hunt for another low mileage A2 in pristine condition. Am I crazy or did I just got an A2 virus?
D

Been there, done that Have recovered slightly, down to just two now, but only one gets regular use.

I think 3 is the optimum number of A2's to have, which is why one of our 4 is going up for sale soon?

I live in the country so am well used to being very careful on quiet country roads at dawn and dusk when the local wildlife are active. However on Sunday around noon I was turning off the A3 when a muntjac appeared in the middle of the off slip. The little b*****d sold me a dummy before darting...
www.a2oc.net

Last month my local VAG specialist completed a full service, including the cam belt and thermostat 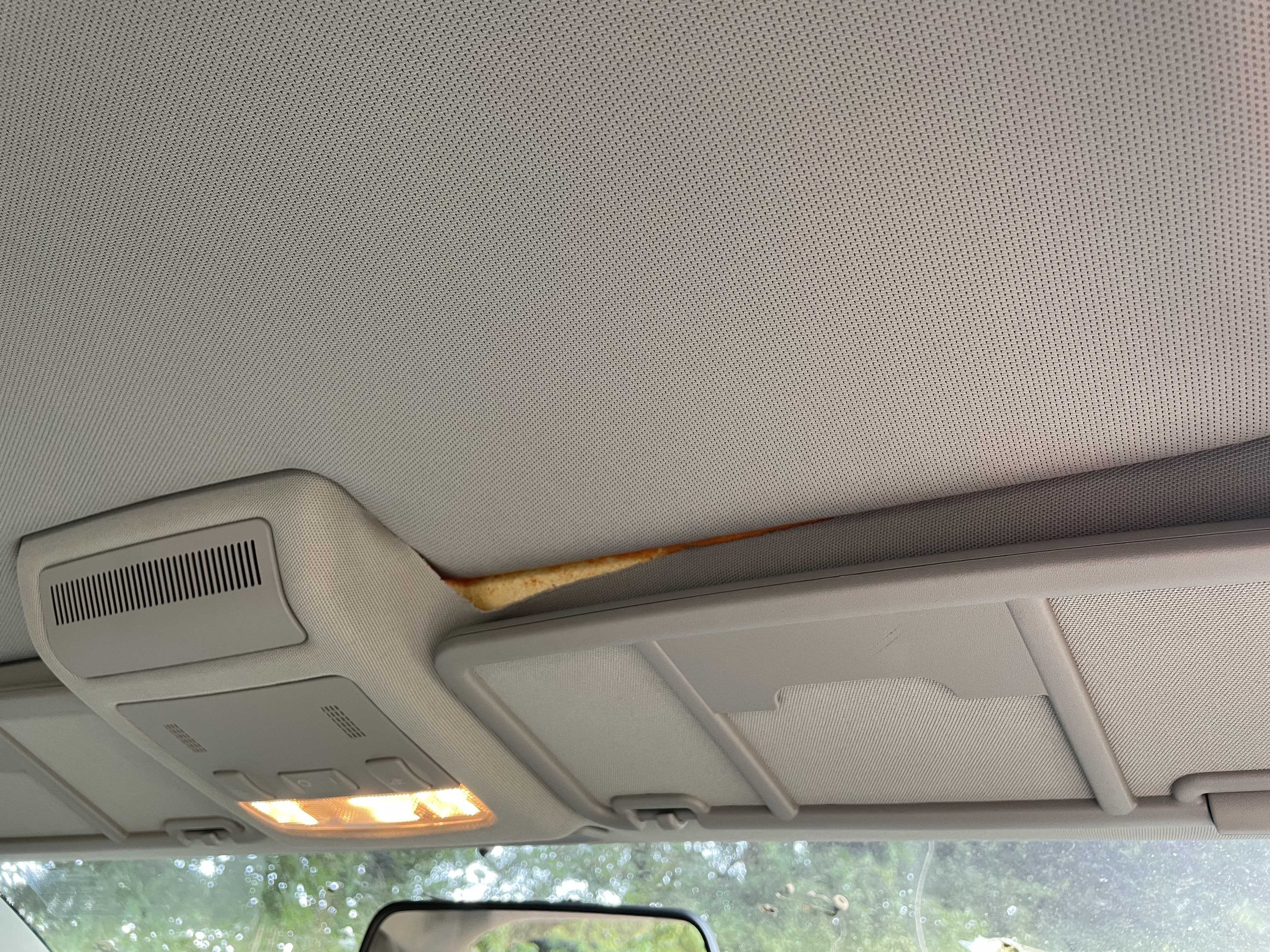 Next on the list is the headlining. It's a non-sunroof car; the headlining is coming away above the driver's head and there's a messy repair at the back. What are my options for organising a repair? Presumably the headlining is a separate piece, not the oldskool fabric, glue and tensioners style. How much of a job is removing it to take to a specialist (if that's the best approach)?
S

Very impressed with your deer tale, well done indeed. Love to know how you get on with your headlining, got the same problem. I was thinking of asking @Kleynie.

I have the same problem. There are a number of threads on this. The issue is that the in the factory the fabric comes attached to a foam backing and it is the foam that is glued to the headlining panel (call the biscuit). After 20 years or so and hot weather the fabric comes away from the foam. Any attempt to re-glue the fabric invariably means the glue seeps through.

Hi, I feel there is something loose and rattling in the headlining just behind the central mini-sun visor in front of the rear view mirror. I'm curious to see what may be the cause of this...broken clip? I contacted the previous owner's Audi garage and they mentioned that it previously...
www.a2oc.net

Post 28 in this thread show the messy process of removing the foam:

Hi all, I posted a while back about this, not sure I git a reply and it’s getting worse. The roof fabric inside the cabin is coming loose and I wondered if anyone had any ideas how to refit it? I’m concerned that using adhesive will stain the fabric which is light coloured. Anyone any ideas...
www.a2oc.net

and for the sun visor see

Guide - How to Reupholster The A2 Sun Visor

Evening all, After my recent breakthrough on understanding how simple it was to separate the 2 halves of the A2’s Sun Visor, I thought I’d compose something for you all to follow. What’s the reasoning behind this, well you may have seen that last year I reupholstered the headlining in Project...
www.a2oc.net

As high temp impact spray glue has to be used then there is a one chance to glue the fabric/foam.

Another issue is that surround fabric is a separate piece from the centre. When originally made I believe the surround and centre were covered separately and then the 2 parts of the biscuit "welded" together and cannot easily be separated. To try to spray the surround with glue whilst protecting the already covered centre panel might be tricky. I'm thinking of filling the groove and then using a single sheet of fabric/foam.

Actually, I'm probably going to remove the headlining myself, then remove all the old foam and fabric, the put the biscuit back in the car supported by the rubber door seals and then go to a professional to apply the foam backed fabric.

The original Audi fabric is no longer available but similar is available here for example: 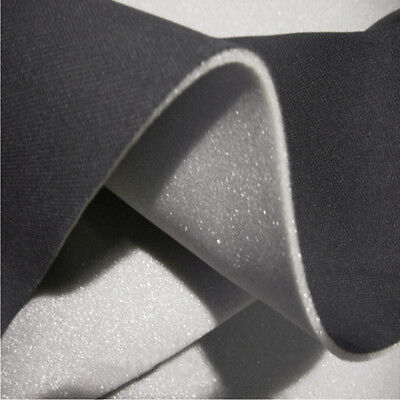 DETAILS FOR TRIMFIX Car Headlining To 2mm Foam. Trim-Fix is ideal for use in vehicle trimming applications such as headlining's door and panel trims, carpets etc. Directions for use: The surface to be bonded must be clean, dry, and contaminant free.
www.ebay.co.uk

All due credit to @2work for his advice to me and the best threads above.

I recently had an unsuccessful attempt at re-glueing an approx 1 square foot section of the headline in the rear OS corner of my non OSS A2. I of course followed all the instructions on the can of Trim-Fix High Temp and, although I wasn’t expecting to achieve an invisible mend, it looked kind-of...
www.a2oc.net

Yesterday I took the headlining, plus A and D Pillar covers out of Jelly. Then it rained.... Today I have stripped the parts of their coverings, and measured up for material. Too late to go back now! Sent from my SM-N960F using Tapatalk
www.a2oc.net

Good luck. Do feedback your approach and outcome.

That's a really useful resource Alan, thanks for pulling it together.