Can we put "Struts" to bed now please?
Mac.

That would be a gas man

Someone had to put a damper on it

This is very uplifting

Time to re boot?

Had a delivery moments ago:

View attachment 76305
These are the A3 items mentioned by Duncan @wetzded@hotmail.com. They are slightly shorter in length but so much better at opening the tailgate with the Votex style spoiler.

Very happy with the results and price.

They of course have been fitted, takes seconds. Swapping them one at a time with the tailgate held by only 1 and your head worked fine.

There is no banging as it reaches the top. It is such a smooth action.

Sorry. Not to thread jump. Are these the struts you ordered? 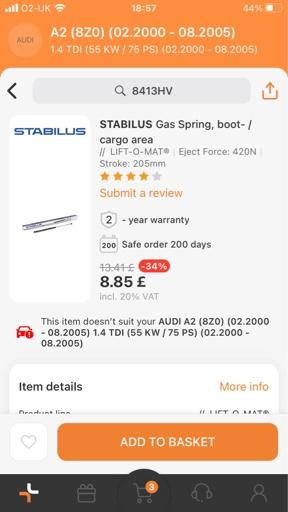 I smashed my face off the edge of the tailgate the other day and my memory isn’t what it was...

Pinkythelabrat said:
Sorry. Not to thread jump. Are these the struts you ordered?

I smashed my face off the edge of the tailgate there other day and my memory isn’t what it was...

Sent from my iPhone using Tapatalk
Click to expand...

Yes this looks to be the same model number (8413HV) that I fitted yesterday.

Tomorrow is OEMs ‘ownership’ birthday. Yes 1 year ago tomorrow I collected this great commuter from Bob @Jellybean in Gloucestershire. It’s come a long way since then thanks to having a little more time on my hands.

I treated it to a little something which just looks and feels brilliant. Not quite finished it all off but hopefully be able to show you my progress in the morning.

No recent pictures as these are all contained within this thread anyway.

This day 12 months ago I collected this A2 from Bob @Jellybean after my Ebony Black Commuter died very late February 2020.

As Im not adding updated pictures I thought I'd just sum up whats happened since the said purchase.

You'll probably remember from the initial few posts in this thread that it came modestly kitted out with the following:

It also has a Twist false floor kit which had to be installed which was done within a day or 2.

I had a few nice items to put into this glorious A2 that were donated by its predecessor (dead commuter), these we're:

The things that have been added post the first weekend of swapping things over are:

Things that are waiting to be finalised:

No doubt I've missed a few things off.

I think you'll agree that its come along way since collection 12 months ago.

I couldn't have managed to have all this work completed without a few parts from Steve @A2Steve, Tom @timmus for his soldering skills, David @devans for teasing me with his BT/AMI additions, Paul @depronman for his rain dance services, Andy @Clackers for a few parts, Grahan @audifan for mentioning the Volico paint (and many other things) and everyone else for all the advice on the forum and this thread. Team effort everyone, thanks!

Now I have returned to work the commute is so much more pleasurable in this A2.

That's quite an acheivement Tom. It's normally at this poiint that I sell them But i hope you will keep this one and continue to enjoy it.

I'm not into tech, but i'm looking forward to seeing the wheels and votex kit on.

I’ll get some pictures soon enough. It’s currently sat outside in a sorry filthy state. This weekend it will be washed and given a layer of Dodo Juice.

The wheels have been with the painters for a little while now but they are waiting on a new powder coating gun. Rather annoying but happy to waiting the finish is going to be perfect.

A2Steve said:
That's quite an acheivement Tom. It's normally at this poiint that I sell them But i hope you will keep this one and continue to enjoy it.

I'm not into tech, but i'm looking forward to seeing the wheels and votex kit on.
Click to expand...

Not dropped the Votex kit off for painting yet. I’ll do this when the wheels are ready for collection. It will be a dramatic change that I cannot wait to see.

On the tech side, whilst it’s not essential, it’s nice to have these little things for the daily commute. The other driver here who uses 250 is more than happy with the basic set up, which I suppose I’m quite fond of also.

It’ll be a few weeks but the Votex kit will make it’s way onto OEM. Thanks again for a little over 12 months ago for pointing me in Bobs direction in my moment of need.

Well it was quite a few pages back where I showed you the results of the PDC Sensors rattle can makeover. They have sat in the boot on my A2 for some 9 months now and today was the day to get the hole punch/cutter put to work. I actually purchased the cutter a few years ago to do this retrofit on my old commuter: 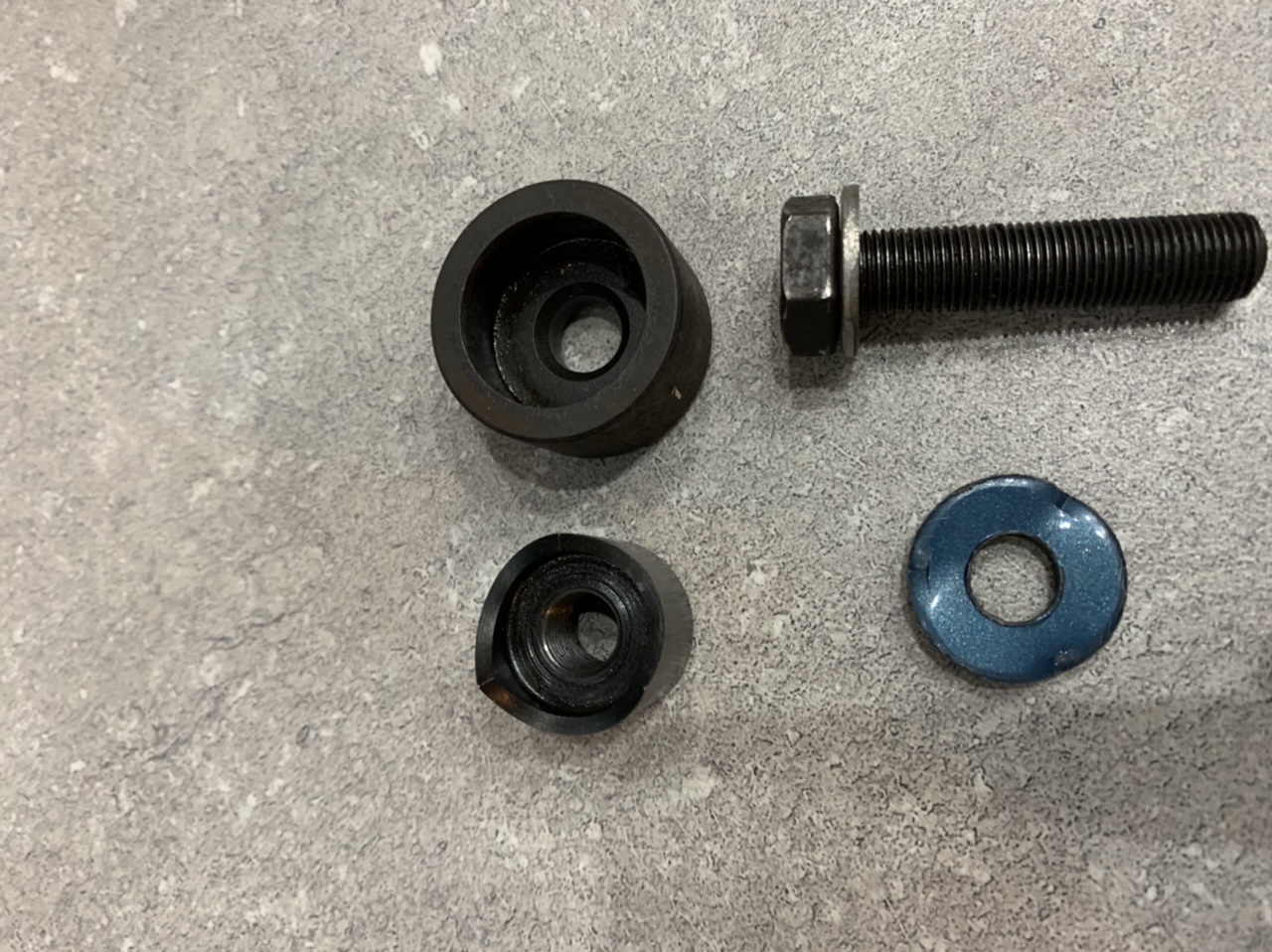 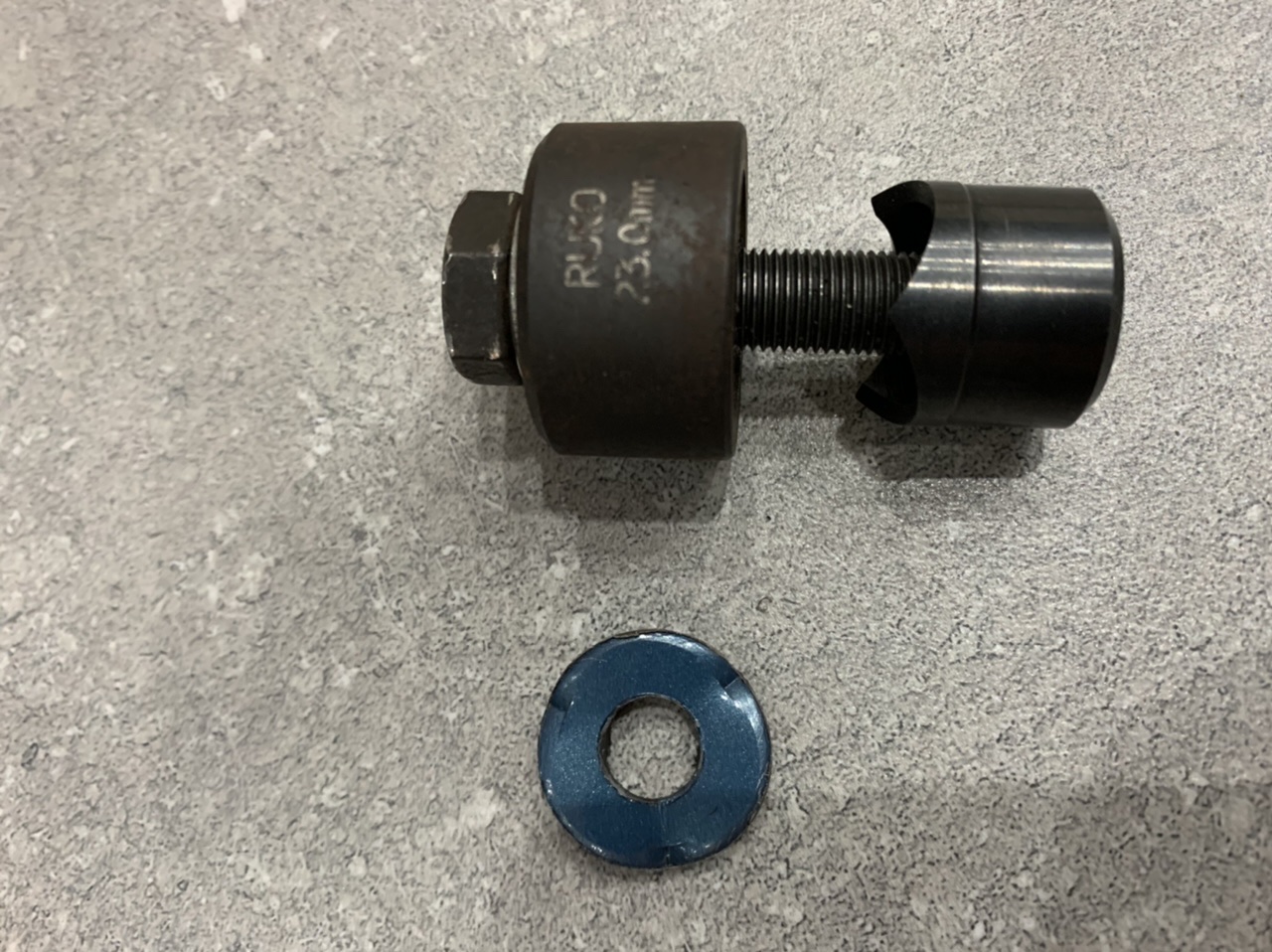 So after an hour the wheels, mudguards and bumper was removed: After lining up the sensors I placed the OEM (rusty but still good) metal cable clips in the correct place then adhered the sensor holders in place.

Whilst I was there I gave the boot vents a clean. The rubbers were in very good condition actually but gave them a bead of silicone just to be safe.

Here is the colour match of the rattle can to the factory painted rear bumper: The above picture was just to see the colour match. It’s not permanently fitted at this stage. I can assure you that all 4 sensors are perfectly aligned now.

All sensors work regardless of the amount of lacquer I used to achieve the factory gloss finish.

OEM is now all back together and only just finished putting the tools away.

I’ll try to get some pictures in the morning as the ambient light is too low now.

This is the best shot I could get in the dwindling light: Very happy with the results of 2-3 hours of playing with the tools in between meetings.

As I’ve now finished with the 23mm hole cutter (after some years of not using it since purchase) I am more than happy to send it to whoever might need it. I’d like it returned as you never know when you’re going to need such a tool but happy to loan it to anyone.

Good job. I’ve done this four times now with original sensors and the Cobra aftermarket type. Good results each time using the cutter as shown. A hole saw would just rip the paint off and not be as accurate as the punch type cutter.
Its a boring job, but very rewarding as the results come quick.
Ian

Today’s task was in preparation for heading North tomorrow for work. It’s not too far from another Tom who has a Colour DIS waiting for me.

Kleynie said:
Good job. I’ve done this four times now with original sensors and the Cobra aftermarket type. Good results each time using the cutter as shown. A hole saw would just rip the paint off and not be as accurate as the punch type cutter.
Its a boring job, but very rewarding as the results come quick.
Ian
Click to expand...

I agree it is a boring job, but rewarding once done. One I hate doing as every time I remove the mud flaps I get anxious about breaking a clip. I can report all went well though. There is also the risk of breaking one of the bumper clips/brackets. I know these are easy to replace but a pain if your using the car the following day and cannot wait for spares to arrive.

The cutter was quite good to be honest. If you zoom is you’ll see that the cut isn’t perfect and it has cracked the paint a little but a lot better than a hole saw ripping through.

I was going to go the Cobra route when I first decided to do this (a few years ago now) but found an A2 with factory PDC in a breakers. I obviously removed the lot, even the harness all the way to the dashboard past the passengers airbag (made easy as I also removed the DD dashboard the previous day).

This retrofit kit has been stored in the garage for a few years now until I installed module and harness last year ready for Tom @timmus (on his SE tour based at Ian’s @Proghound) to do the soldering. Since Tom done his magic I’ve had the constant tone denoting a fault (no sensors fitted) and have been putting this task off over and over.

I’m glad it’s finally done though. Just need to continue to work with Stuart (rnse pcbbc) to get the sensor proximity bars working now. I get the OPS Page displayed on the RNS-E but no bars. It all works on his test rig but doesn’t seem to work outside in an actual car. He will solve it but lockdown is not helping as he needs hands on an A2 with this set up.

Another job for another day.

Your bumper should be removed in the next month as I’m taking the headlamp washer bumper to the painters soon.