Hello. I recently had an accident and shattered my tailgate. It was my error. Joe kindly sold me one and I spent the weekend fitting it. What a pig of a job. All soldered up apart from the in marked black wires.

However. I am stuck as to why the boot won’t open. It’s all soldered correctly but it’s not unlocking.

Can anyone advise me on what to look for. I really would appreciate it. 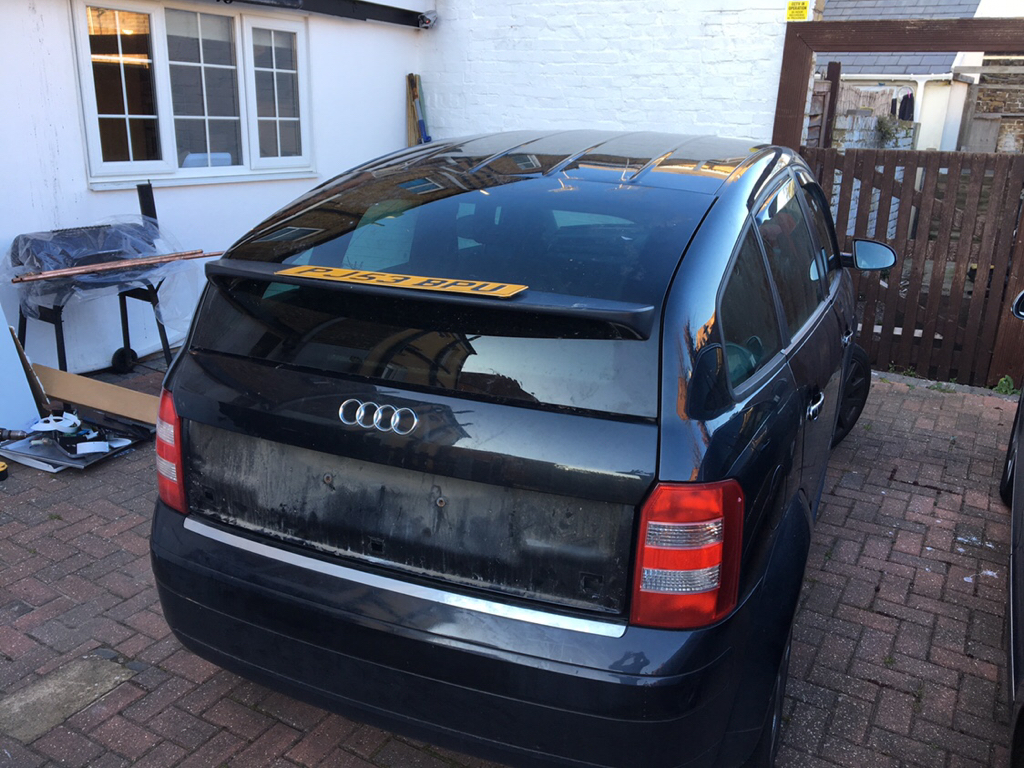 Tailgate trim is installed after this picture but I like the fsi boot though.

Can you clarify your statement ‘apart from the in marked black wires’, what’s preventing you connecting these?

Catnip64 said:
Can you clarify your statement ‘apart from the in marked black wires’, what’s preventing you connecting these?
Click to expand...

Unmarked sorry. They are all the same

To clarify your question slightly, is it that when you unlock the car, the bootlid doesn't unlock (so you can't unlatch the boot) - or conversely, if you press the bootlid unlatch button, the solenoid doesn't pull the unlocking lever and you can't open it? Are you able to pull the manual emergency cable or the wee latch extension that is attached to and get it to open, or is it the lock itself holding the tailgate shut? Just trying to home in on which of the two possible electrically-operated motors we're talking about.

ie - if you eliminate wiring issues, could it be a failed solenoid in either mechanism? In which case, if you have the part available on your previous boot lid you could transfer it or the lock to replace the ones on this tailgate.

Thanks for the help

I can open the boot catch manually but that’s the only way to open it. When swapping the tailgate replacement I swapped over the parts from my damaged tailgate and soldered the harnesses together.

It might be my soldering but everything else seems to work fine.


Sent from my iPhone using Tapatalk
A

My boot won't open either, so I'm having to use the manual release. When I powered the solenoid directly, it worked. So I'm wondering what the fault could be...?

Just noticed also that the rear doors won’t lock either. If that helps.

@audia2london - Dodgy earth in the wires running back into the car or the power going to the solenoid? There's a known failure in the wires inside the flexible tubes where the insulation fails or the wires themselves snap after years of rubbing when the tailgate is being lifted and dropped, so perhaps something is awry there?

@thestable - have to say that my limited abilities are now stumped in what to suggest. Assuming the solenoids themselves would work if powered directly as mentioned by audia2london just then, this along with the rear doors not locking suggests that it could be an issue further forward common to both?
A

@Robin_Cox is spot on with his questions. When you press the remote hatch open or the handle itself do you hear the solenoid operating. If you do then the little plastic arm that fits onto the solenoid has probably popped off. The lock is good as you can use the emergency open chord ok. But with the rear door not locking now, I would disconnect the tailgate wires to see if that fixes the rear doors. I take it they were locking and unlocking with the broken tailgate still fitted and wired in? Just a thought the unmarked black wires may be earths for the rear doors tailgate and heated window. Have you checked them with a meter?
Last edited: 25 Feb 2019
A

Thanks @Robin_Cox . I have removed the panel inside the tailgate. Where is the most likely fault, as a guess, and what should I do? I love my A2 and it's annoying that electrics are starting to go! (I had to replace the indicator flasher unit recently, which was a pain)
R

If you've got the panel off (without knackering it) that's 90% of the battle (as many folk will tell you!).

In my instance, the solenoid that tugs the latch when you press the button on the tailgate had failed. I picked one up from A2oc, and then having removed the tailgate liner, was able to unplug the dead original, unscrew the mounting plate it is screwed onto from the door, unscrew the motor from the mounting plate and replace. Then reinsert the motor on plate, reconnect the connector, and show that the keyfob button now caused the solenoid to run through its range of movement.

In your case you know the solenoid works. So that says that it's not getting power when wired normally. Again - I need to stress - I am not an expert, but I do read a lot of what is written here. This suggests that the normal signal sent down the wire to the motor is not getting there. The most usual reason for this is a breakage or short in the tailgate wires carried by the flexible rubber tubes between top end of tailgate and D-pillars that move every time the tailgate is opened. I've read someone saying they opened this up and found the broken wire & reconnected, but can't search for this at the moment. That at least would be my instinctive place to check having excluded problems within the lock / latch mechanisms as you have.

Best of luck! Keep posting, someone is bound to know how to help you more than I can.

Turns out it was a very simple fix and one of the fuses had blown. All sorted. Thanks for all your advice. It gave me things to check through that it could have been.


Sent from my iPhone using Tapatalk
A

Glad all OK. Just shows check the obvious before panic sets in.

So I’ve had the boot lid on for a while. All is good but it seems that it shows that it’s open a lot of the time. What’s causing it to not close properly?

You might need to adjust the position of the catch in the frame. Try locking the door with the remote with the door open (up). If the hatch does not then show as open, the catch will be preventing the lock from showing "locked" when it is shut. You might need a few attempts at positioning it correctly.