It was almost certainly the Storms that first got me looking at A2s about 12 years ago. So I bought an A class. That failed drastically so I bought a 1.4petrol A2, that served me very well until Dolphin Grey came on the scene. That car has served me extremely well and I don't need another one. However, it is getting a bit tired around the edges, the gearbox is a little noisy and most decidedly, The Wife doesn't like it. She will not drive it "it doesn't look anything" she has a Pluriel, Ok a bit marmite, but is certainty a bit different, especially in summer with the top down. Then she said we don't really need two cars, could sell the pluriel and A2 and get another. So we did, this.... 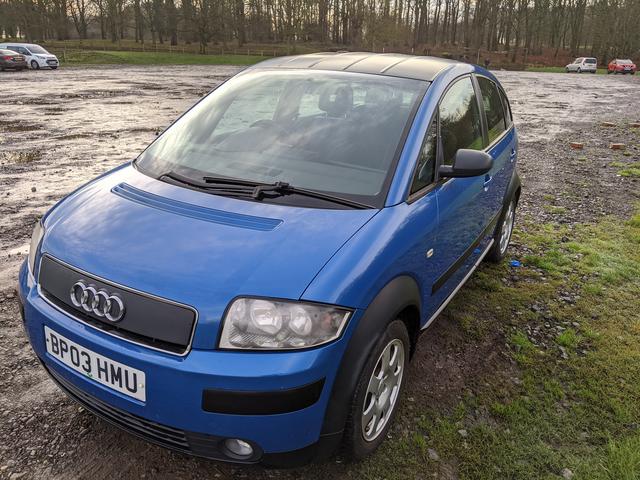 Not quite sure it is exactly she had in mind. 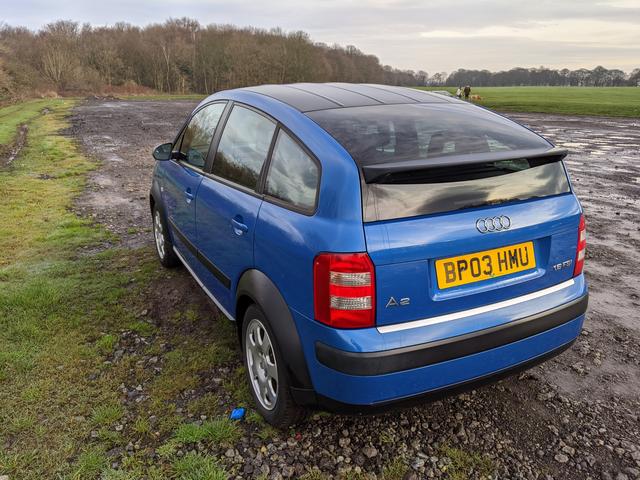 As the title says it is a 1.6FSI CS. It was probably the cheapest A2 for sale, you may have seen the ad on here with video.
The seller @Tomsk was superb, honest and generous. It came with a service kit, new rear discs to match those just fitted on the front and a bag of spares, more of which later.
Tom gave me a tour of the car and pointed out the defects, a lack of the engine light, a temp repaired coolant hose, a temp repaired screenwash filler hose and the broken flap actuator. Then showed me the aforementioned bag of spares which contained all the parts to replace said items.

I'd brought VCDS so we did a scan of the car, something it hadn't had in Tom's ownership.

Tom was very surprised, I was delighted. Considering we knew about the actuator, it's a delight. I cleared the faults.

I drove the car home home, there is a little hesitancy at low revs, it needs to be revved more than the diesel but it flew home at above legal speeds, up and over the M62 West to East. It is so much quieter than the diesel, it also rides so much better with less squeaks and bangs 120k v 176k ? I've used it on my commute, running around town and have done another scan:-

Which is even better.

So why a FSI I hear shouted from the cheap seats. It is completely down to the enthusiasm and commitment of some of the members on here. Yes you @mrbroons and the other contributors to FSI problem threads.
Fortunately the Dolphin Grey carries on with commute duties giving me time to get this one sorted.

The plans:
I. That lower manifold has to come off, the actuator has broken for a reason.
II. Timing Belt etc (whilst off do the hose that is required)
III. Wheel refurb
IV. Drive it
V. If I fail at I. take off every panel that is removable and fit to Dolphin Grey.
O

So Engine repairs start. Lower manifold to remove for inspection and cleaning
This thread covers
It's a very awkward job, not to be taken on lightly. Especially when you are full of cold and doing it laid on your back on the drive. 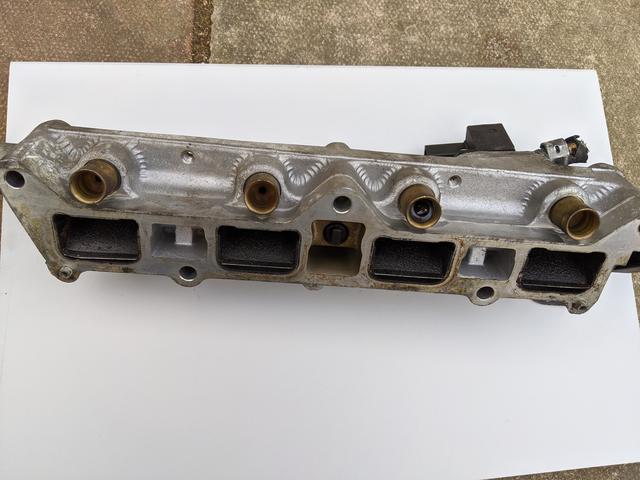 There is no movement whatsoever in the flaps and they are a good 70% closed. How it ran as well as it did is quite surprising. Really heavily choked. 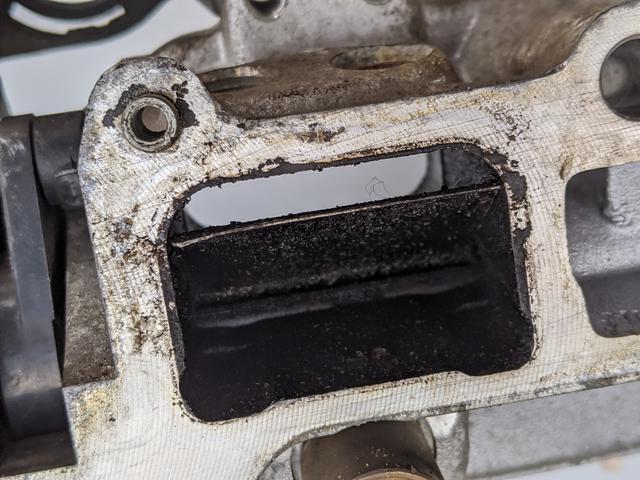 This is the actuator end, cylinder 1. There is clear damage where it has been scraping on the edge of intake.

After copious amounts of ABRO carb cleaner a couple of tooth brushes and a bit of graft get to this:-


To say chuffed, quite an understatement
Last edited: 5 Jan 2020
O

Congratulations on the purchase. I'm planning on running an FSI too once I've trimmed the fleet.

FSI? Good choice.
Do you mean the actual vacum powered actuator is broken, or the linkage?
Mac
O

PlasticMac said:
FSI? Good choice.
Do you mean the actual vacum powered actuator is broken, or the linkage?
Mac
Click to expand...

The linkage on the actuator has snapped off where it meets the flap linkage.
Last edited: 29 Dec 2019

Well done ! I have recently started my fsi ( being a tdi owner of 11 years) adventure, and have sorted a few things . Just started smelling of petrol, I suspect injector seal, all part of the fun. Still love driving it, feels more old school hot hatch, like my mk2 xr2.
Enjoy, Andy

ANDYT said:
Well done ! I have recently started my fsi ( being a tdi owner of 11 years) adventure, and have sorted a few things . Just started smelling of petrol, I suspect injector seal, all part of the fun. Still love driving it, feels more old school hot hatch, like my mk2 xr2.
Enjoy, Andy
Click to expand...

My first was a TDI too with my current being an FSI, I fully agree it feels more old school hot hatch clothed in an Audi timeless body shell. My previous hot hatch many moons ago was a Saxo VTR.....bought before all they became popular with the Max Power brigade and sold it when they developed a reputation. That’s when I saw the light and bought my first A2.

Congratulations. It looks a beautiful car. An FSI and a 1.4 Dolphin is a perfect combination

I have found that the Ultra Sonic cleaner that I have does a great job on this. Only problem is that I need to get a larger one. I see they do a 27litre one (yes I know it's huge, but it's not actually that big when you check the dimensions).

If anyone finds a GT Sonic for sale in this size I'd be interested in getting one.
O

Great work, is the pffft noise the vacuum actuator? or still scraping the sides of the inlet?
O

mrbroons said:
Great work, is the pffft noise the vacuum actuator? or still scraping the sides of the inlet?
Click to expand...